Rehab vs. Jail Time: How Drug Rehab Provides a Path to Recovery

Rehab vs. Jail Time: How Drug Rehab Provides a Path to Recovery

Most drugs are illegal throughout the United States, including substances such as cocaine, heroin, methamphetamine, and acid. Other substances like marijuana, prescription painkillers, or prescription amphetamines, can be illegal under certain conditions.

Selling illicit substances usually results in automatic legal action, but purchasing, carrying, or taking drugs often leads to legal action as well. Anyone who is caught while involved with drugs will likely find themselves either ticketed or under arrest.

Specific charges for drug involvement depend on numerous factors. The type of drug, amount, location, and any existence of previous charges all play a role. If ordered to appear in court, sentencing could be as simple as community service or a fine, or as severe as doing time in jail or prison.

People who struggle with substance abuse and addiction are more likely to end up with drug charges and wrapped up in the legal system. For some individuals, the cycle of addiction also involves an extensive cycle in the court system. According to the Prison Policy Initiative, 1 out of 5 people incarcerated is doing time for a drug-related offense.

Is locking up those with substance use disorder the most effective approach? People have little to no access to adequate drug rehabilitation while behind bars, especially compared to a qualified drug rehab facility. Offering offenders the option to attend drug rehab provides an alternative path to recovery for those who would end up trapped in the system for substances. There is an exorbitant number of people doing time for charges related to drugs, often stemming from a struggle with drug addiction. Of the 1 in 5 people incarcerated for drug-related charges, 456,000 of them are locked up for nonviolent crimes, such as a possession charge.

You may think possession doesn’t carry too long of a sentence, but The Brennan Center for Justice at NYU School of Law reported otherwise. Their research showed that many possession charges result in a jail sentence of a year or longer.

This means people struggling with drug addiction find themselves not only locked up but locked up for months or years at a time. Then once they end up in the system they’re at risk for increased sentence time with every additional charge.

Additionally, there are very few resources in terms of treatment within the jail and prison systems. People who come into jail under the influence have little access to proper medical attention. They often end up spending the course of their detox period without much medical support for their drug withdrawal symptoms.

The American Public Health Association revealed that only 11 percent of those struggling with addiction receive treatment while behind bars. If little to nothing is done to address their reason for arrest in the first place, how will that keep them from ending up in jail again?

Sending individuals with substance use disorders to jail does little to help them get or stay clean. There are still ways to find drugs behind bars. Jail sentences are more likely to keep people trapped in the cycle of addiction rather than get them out of it.

On the other hand, court-ordered treatment programs are another option for those facing drug-related charges. Instead of incarcerating individuals with substance use disorders, sending them to a drug rehab program is a far more effective solution.

Drug rehab programs exist for the sole purpose of helping people separate from drugs and alcohol. Treatment facilities are equipped with the appropriate resources to aid those looking to leave substances behind and develop a new way of life.

If a person is truly interested in trying to quit using drugs, they’ll make use of their time in an addiction treatment program. Sending them to a rehab facility rather than jail or prison is a more proactive solution. They’ll be surrounded by the support that will set them up on the track to a life of recovery. 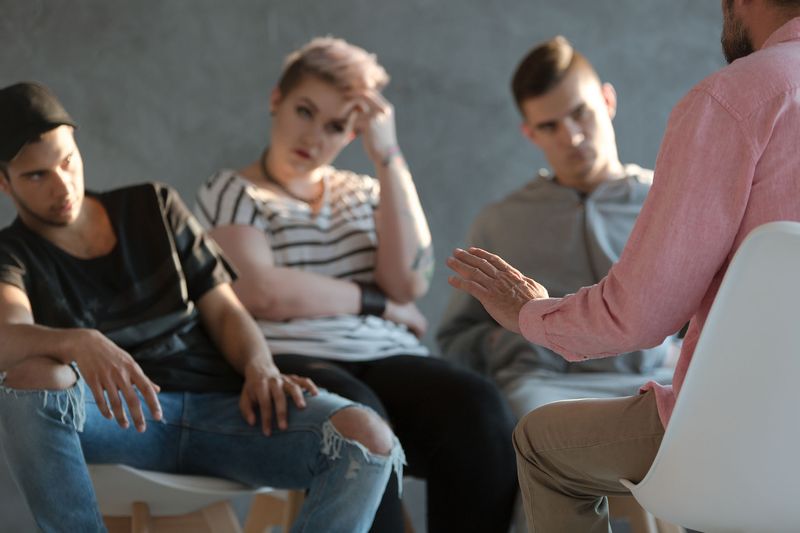 Spending time behind bars does little to support those with substance use disorders. It only provides a “time-out” before releasing them back to their environment without any tools to help them stay away from substances. If anything, people often return to their old way of life with a new method to avoid getting caught again.

Some institutions offer programs but they pale in comparison to a dedicated addiction rehab facility. The entire basis of a treatment facility centers around equipping individuals with the tools they need to live life without relying on drugs or alcohol. Jail and prison systems cannot possibly offer the same level of support offered in a drug rehab program.

Another reason rehab is a more effective alternative is the difficulty that individuals with criminal records have with finding adequate employment. Offering first-time offenders the option to attend treatment rather than spend time in jail reflects better on their record. They’re more likely to find employment after leaving a treatment center rather than an institution like jail or prison.

Promoting Recovery for Those at Risk

Sending individuals to drug rehab is a much more positive approach to rehabilitation than locking them up in a correctional facility. They’re more likely to graduate from an addiction program with life skills that will encourage them to reintegrate into society. Treatment teaches people with substance use disorders about the nature of their addiction. Jail does not.

Offering drug-related offenders the option to attend rehab promotes recovery for those most at risk. Rather than pushing them into a system that will more than likely lock them deeper within a cycle of addiction, rehab will provide them with an effective escape from it.

Offenders can use their time in rehab to lay a solid foundation for long-term recovery. They receive the time, support, and resources that give them an adequate opportunity to learn to live sober. They return to society with the ability to support themselves and their families.

If those struggling with substance abuse are immediately incarcerated, their chances of getting sober are slim. But if those individuals receive the chance to attend drug rehab, they’ll find themselves on a path to recovery and away from the chains of addiction.